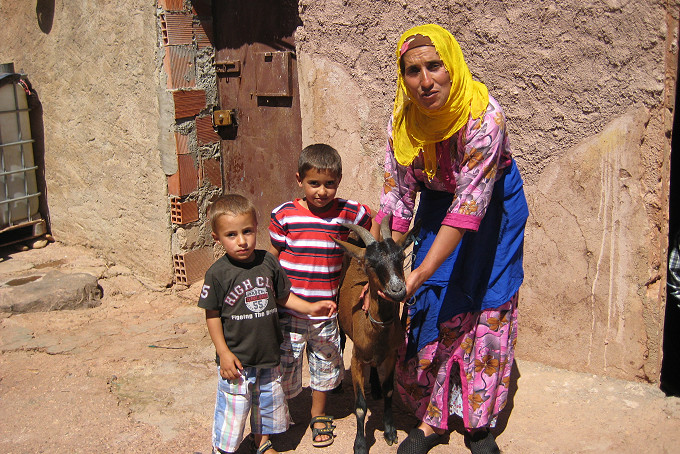 You would think buying 3 nanny and 1 billy goat would be easy, but not in Morocco. The difficulty was in finding the particular milky goats that would provide a good quantity of milk the idea being that the women and children would consume the milk and as a result their health would improve and as the nanny goats had more kids (thanks to Billy) more and more families in the village would get milky goats and health continue to increase with children and mums especially. The Ministry of Agriculture were visited and the answer was you get these “up north.” Well up north is a very big place and we struggled to find exactly where. We ended up getting in the car and driving and stopping and asking people (we had been told by a couple of people of a place north of Fez on the way to Sidi Kacem. We finally found a Government facility owned by the King with high security where we were told we could purchase the goats.

To cut a very long story short after them telling us of all the hoops we would need to jump through to enter and purchase the goats, a vet appeared and took Hmad aside and informed him that they did not actually have any of the goats we wanted and would have none until December!!! So we had to think again!! Eventually we found a man who bred goats in Chefchaouen, a 712 km round trip to almost as far north as the Med. I was tempted to keep driving just to dip my toe in the sea! We were told he had the type of goats we wanted so we left early one morning and arrived around 2 p.m. met the man’s father who took us up the mountain to see the goats.

Hmad was amazing and I saw a new side to him he was so confident around these goats and checked them thoroughly telling me what age they were etc. (Of course he used to look after his dad’s goats when he was a little boy) so we set off with the goats (having milked the females before the long journey) in a van with a couple of young lads driving who had never been to the Middle Atlas (we were in the Rif Mountains). We arrived in the village at 12:30 a.m. and drove to one home where we had prepared a place for the goats overnight until we could distribute them. The two lads came back with us and Hakima made a bed for them as it was far too late to drive back having come such a long way. We want to thank the Sahara’s children’s charity for providing most of the funds for these goats. We have been told by one of the families that the new nanny goat is following her around all the time. Let’s hope the goat project increases and really makes a huge difference to the health of many of the families in the village.

Here are the ladies who received the goats plus our billy goat. 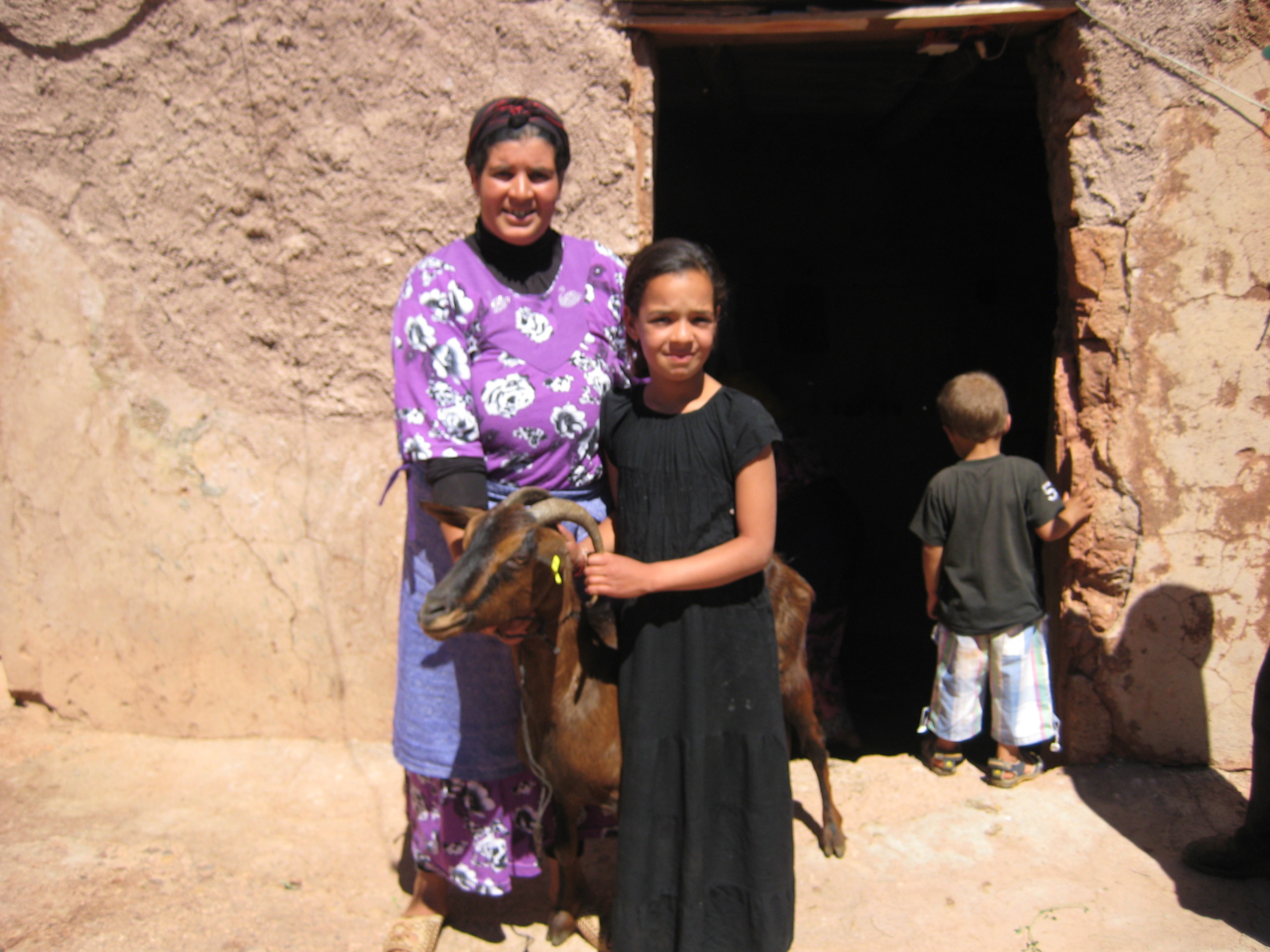 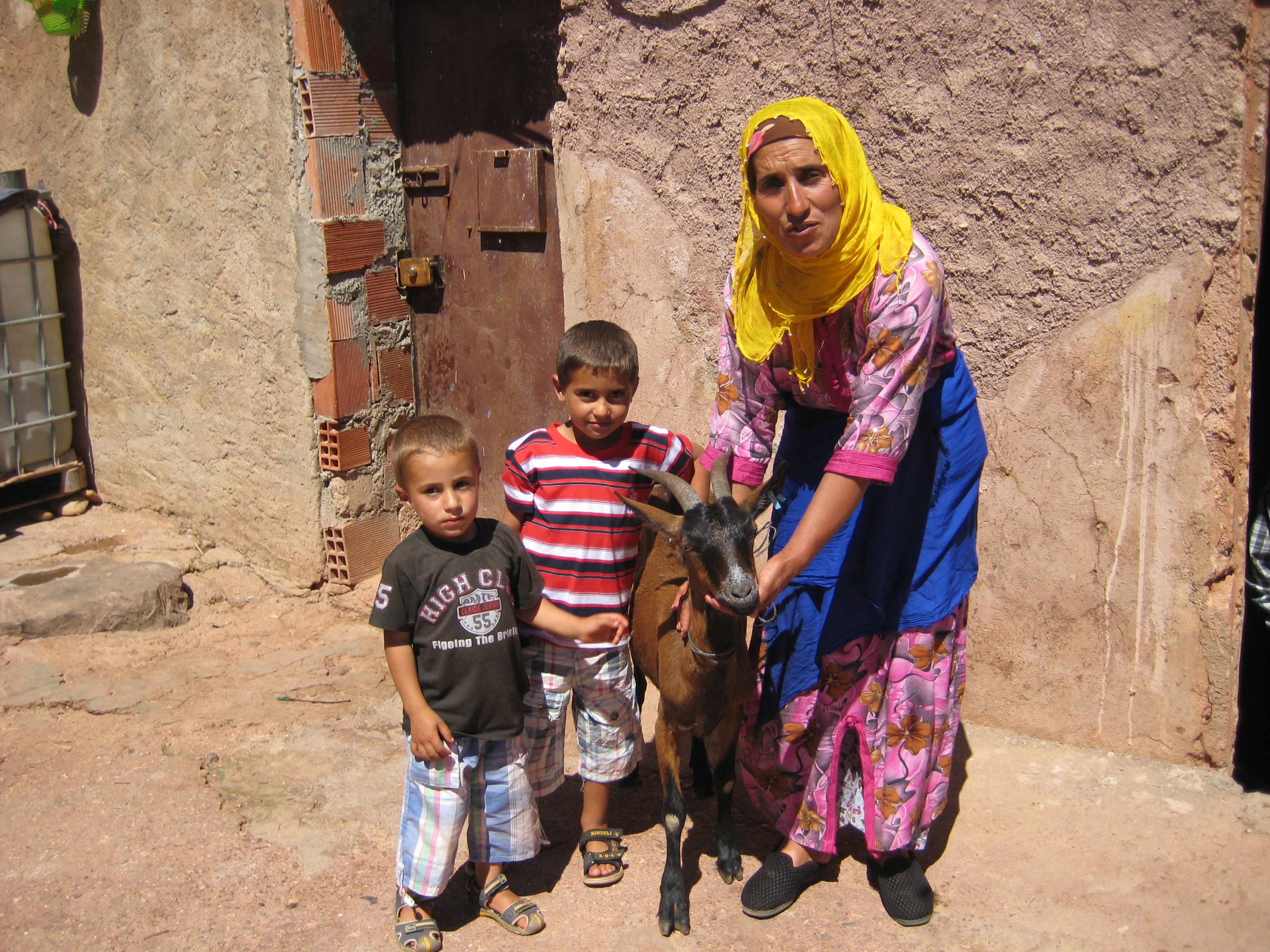 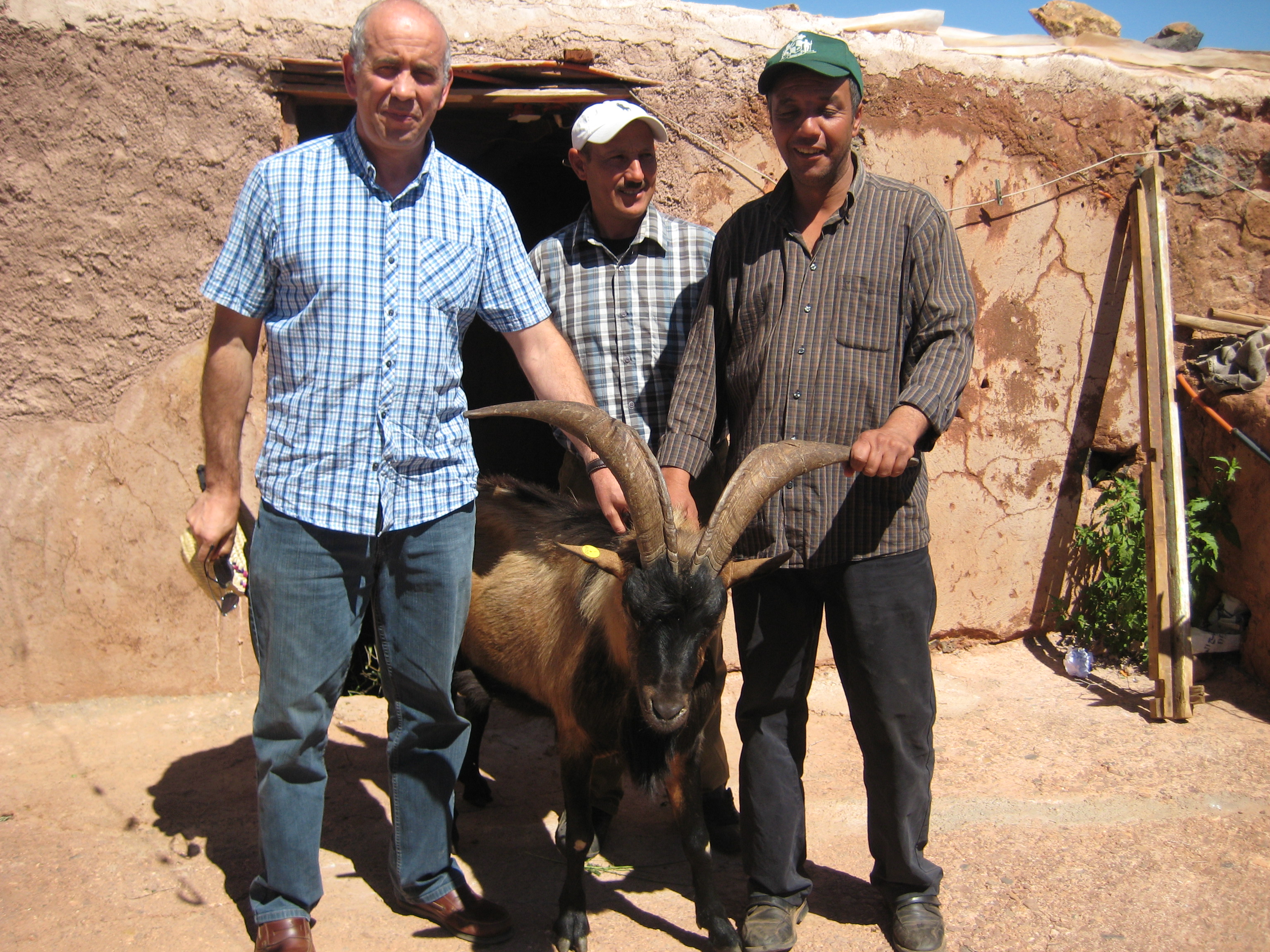 This project was made possible through the generosity of Children of the Sahara Foundation and its donors.