Women of the village 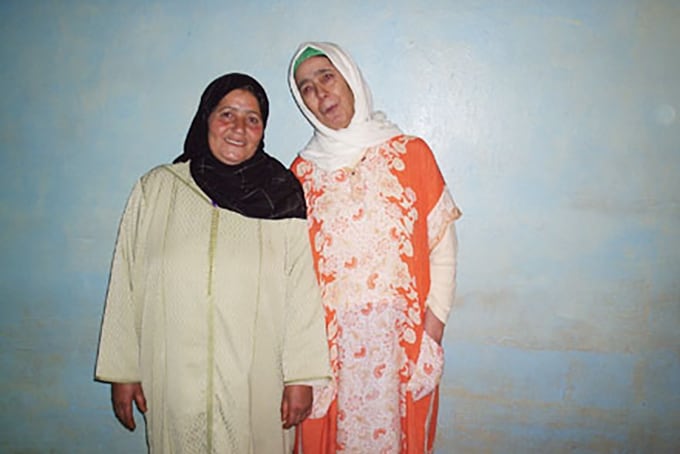 I have been moved by the courage of the women of the village, the two afternoons that we spent with them were very special. Each of those women had their personal story, their problems, and their pain. Each of those women talked to us in a free and comfortable way and understood that we were full of good intentions and that the only thing that we wanted was helping them.

Some of them got married very young (13 years old) and became mother while they were, themselves, still kids.

Others shared with us the problems they had with their husbands in a daily basis, the frustration they were living with, the feeling not to be understood, the way their husband underestimate them and their role as housewife that is totally devaluing. Self-esteem, a very important feeling and that is broken because of the treatment they receive from their husband.

The fact is: The role of the woman at home is hugely important, the woman is not just here to cook and clean for her husband, the woman has the responsibility to educate her children and made them to be independent and respectful people. Education includes Islamic religion. it is also the role of the parents to teach Islam to their children and to make sure they always remain on the right track. If they are neglecting, they will be considered as responsible in front of god. Parents should always guide their children and this requires a lot of time and energy, women succeeding on that can be very proud of themselves because it is one of the most important thing.

We noticed that 23 women out of 25 were illiterate, which is a huge amount. I think it should be really great if courses can be offered to them or if they could learn a job (sewing, pottery etc)

We asked them if they would be interested learning a job and all of them said they would definitely.

Some of them confessed that if there was no money issue, they would have divorced from their husband. They say they have no choice than staying and standing the situation, because if they leave, they would not be able to take care of their children because of the money issue. The reason that keeps some couples together is financial issue. One problem that was repeated was the distance between the women’s house and the school.

Most of them had to walk each day a very long distance, holding their kid on their back. I’m really glad that the money collected via Virgin Money giving is going to serve to buy a small bus for the kids. It’s going to be a huge change and improvement for all the people of the village and it will ensure that all the kids will be able to go to school each day in correct conditions.

For the rest of the problems, even if we could not find an immediate solution, the fact that we were here, with them, and that they could fully open their heart and find relief was, I think, something they really needed.