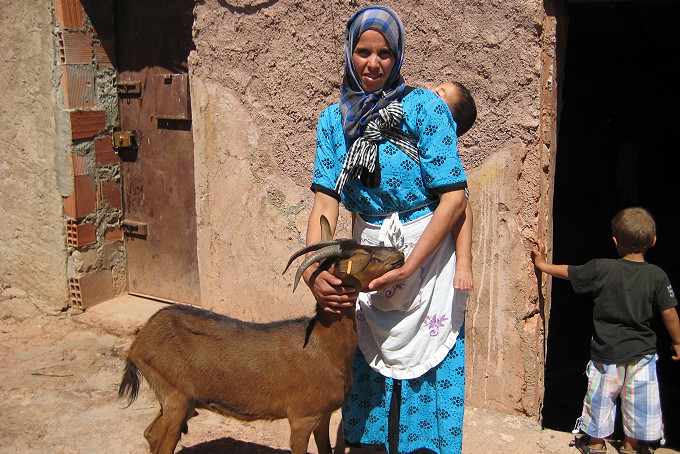 Sadly our Billy goat died he had never really been well and we don’t really know what he died of but they said his stomach was full of plastic bags which is a problem all over Morocco as people just discard rubbish everywhere they have no thought for the environment. There is good news though the other Billy goat has now produced 2 sets of twins and a single kid. The 2 male kids will be sold and another male goat purchased with the money to keep the Gene pool clean and the female kids once old enough will be given to other families in the village so they can have the Milk. All the families with the goats have said how they have had better nutrition making rice pudding and milky drinks and other cereals for the children and have noticed a difference in the children’s health.

The wood stoves have also been a resounding success and the 10 families who received the stoves said they were so warm this winter but not only that they cooked on the stoves saving them money on fuel as they did not need to buy expensive calor gas to cook on. They made Tajines and Bouchier (Flat flaky bread they eat for breakfast and when visitors come or any time of the day) They kept a kettle of water for tea and for hot water to have a shower. More families want to have one.